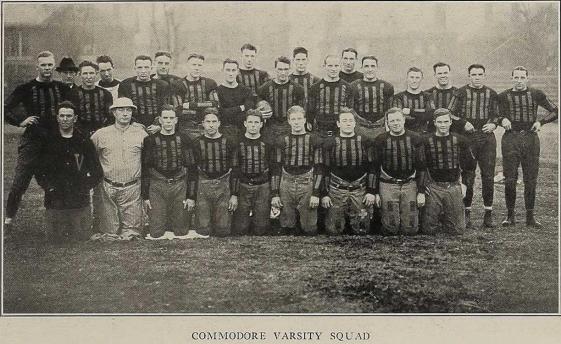 Football season is only a few short days away in Nashville, We call this series the Wildly Optimistic Previews because, well, that’s exactly what they are. Past previews — which have been scrubbed from the Vanderbilt Hustler’s website, so sorry for the image links — have had Vanderbilt going 9-3 (2013), 11-1 (2012), and winning the national championship in basketball (2012). This will border on delusional at times, so bear with me as we take the Pollyanna perspective on the Vanderbilt 2014 football season.

Honestly, this column gets easier and easier to write every year as the talent level on West End improves and 2014 is no exception. Every game on the schedule is winnable for Derek Mason’s team, and the best quarterback the Commodores will see is probably Bo Wallace (Dak Prescott is not an acceptable answer, no matter what Saturday Down South tells you).

While there is an expected drop-off with the loss of Jordan Matthews, this figures to be the most talented team Vanderbilt has put on a football field and there’s no reasons why it wouldn’t be going to a fourth-straight bowl game. With Will Muschamp still the head coach in Gainesville, …read more